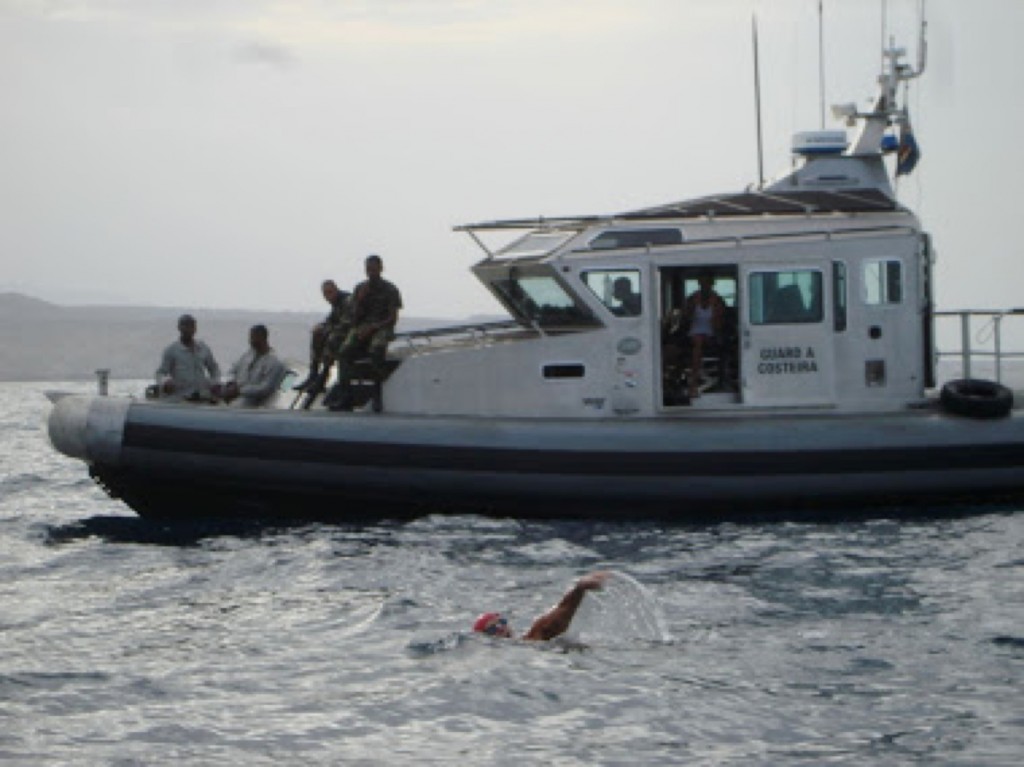 Yesterday, one of the world’s most prolific channel adventurers completed another tough crossing. This time, it was a 16 nautical mile (29.6 km) swim from the island of Maio to the island of Santiago in Cape Verdeoff the western coast of Africa.

“I was escorted by the Cape Verde Coast Guard and once again by Altino Goulart from the Azores. The swim took 11 hours 37 minutes under light wind conditions. This was a dream come true in Cape Verde.”

But Yudovin knows channel swimming is never completely easy. “The currents were extremely strong and mostly contrary and turbulent. It was a very, very challenging swim.”

He now has completed 3 unprecedented channel swims in Cape Verde: a 5 hour 44 minute 10.3 nautical mile swim across Canal de São Vicente between the islands of Santo Antão and the island of São Vicente, 12.5 nautical miles between Fogo and Brava in 6 hours 38 minutes, and this latest 11 hour 37 minute 16 nautical miles crossing between Maio and Santiago in 11 hours 37 minutes.

Cape Verde in Africa is an island country, spanning an archipelago of 10 islands located in the central Atlantic Ocean, 570 kilometres off the coast of Western Africa. The name of the country stems from the nearby Cap Vert, on the Senegalese coast, which in its turn was originally named “Cabo Verde” when it was sighted by Portuguese explorers in 1444, a few years before the islands were discovered. The previously uninhabited islands were discovered and colonized by the Portuguese in the 15th Century.

Six centuries later, the islands are now becoming discovered on another level by more and more open water swimmers including David Yudovin.